Need to make a big emotional pivot without losing your audience? Try a three-point turn. 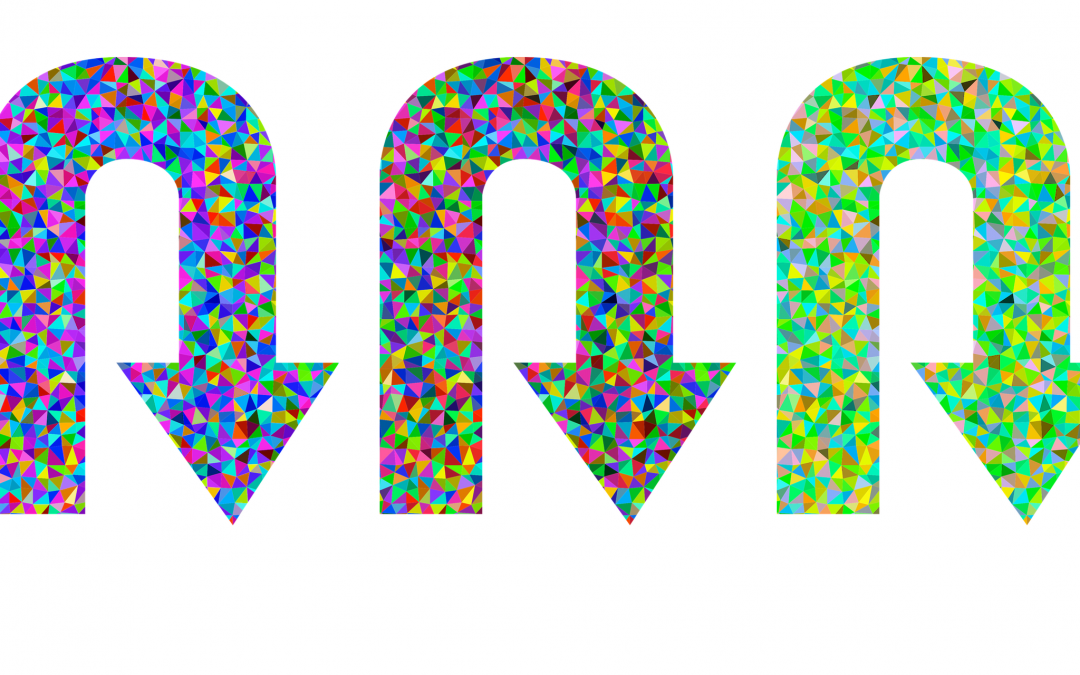 The speaker ahead of me was wrapping up. I could feel a little knot of anxiety start to grow in my stomach as I prepared for my turn at the mic.

Speaker after speaker before me had spoken with courage and vulnerability, and nobody in the room had been left unmoved. But in just a minute, I was going to get on stage and do a one-eighty: pulling the audience in a completely different direction. I'd been invited to bring a mix of comic relief and insight, and the speech I was about to deliver was light-hearted; I had a presentation deck loaded with cartoons.

There was a very real risk it would be a sharp and jarring contrast to the raw honesty the audience had heard so far. And even worse, I might come across as flippant and disrespectful.

Fortunately, I'd seen this coming when I reviewed the morning's schedule. So while there were still butterflies dancing in my gut as I shook the emcee's hand and climbed the stairs to the stage, I knew exactly how I was going to handle it: like I was driving a car.

Think about when you're driving, and realize you need to be going in the opposite direction. You don't just shift straight into reverse, and you don't whip the steering wheel around at full speed: those options lead to a wreck.

Instead, you turn to that classic maneuver you learned back in Driver's Ed: the three-point turn.

And that's what I did.

One. The first slide in my deck was completely blank. I wasn't trying to change things — not yet. I took the room as it was.

Two: I sincerely and emotionally acknowledged the speakers who had gone before me. It was an appreciation, but it also built a little tension in the room. I respected and reflected the tone of the room.

And three: Having told the audience what great, worthwhile speakers they'd heard, I then said "I'm here…as a change of pace." Laughter: the tension broke, the (small) self-deprecating joke landed, and the mood and energy of the room shifted. Having earned a little audience faith that I understood the dynamic of the room, they trusted me when I shifted gears.

I gave the audience an assurance that I understood what they were feeling now, and that I shared it. That in turn gave me the seed of trust I needed to set a new course, which I signaled with a joke. As punchlines go, it wasn't huge, and it didn't have to be. It was the pivot point: the fulcrum for our change in emotional direction.

And from that point on, we had a great time — lots of laughter punctuated with the insights they'd been hoping to hear.

You can use the same technique when you need to change things up:

That works going from light-hearted to heavy, too, if you have an intense, serious speech to deliver after speakers who deliver comic turns. You can start in that same light vein with a few jokes, then gently pivot to a more serious tone.

You don't need to fear being the speaker that changes direction from those who've gone before you. It can make for a truly memorable moment. But to do it successfully, you need to read the energy of the room, acknowledge it, and earn your audience's trust.

That's when they'll give you the emotional steering wheel — and they'll be fully on board for the ride.

P.S. — This also works within a speech, if you need to make a big emotional shift between major sections of your speech. Begin the next section in the same tone as the previous one, then find a pivot point to the new tone.

← A link is a promise. Tony Robbins, #metoo and the failure to listen to a changing world →