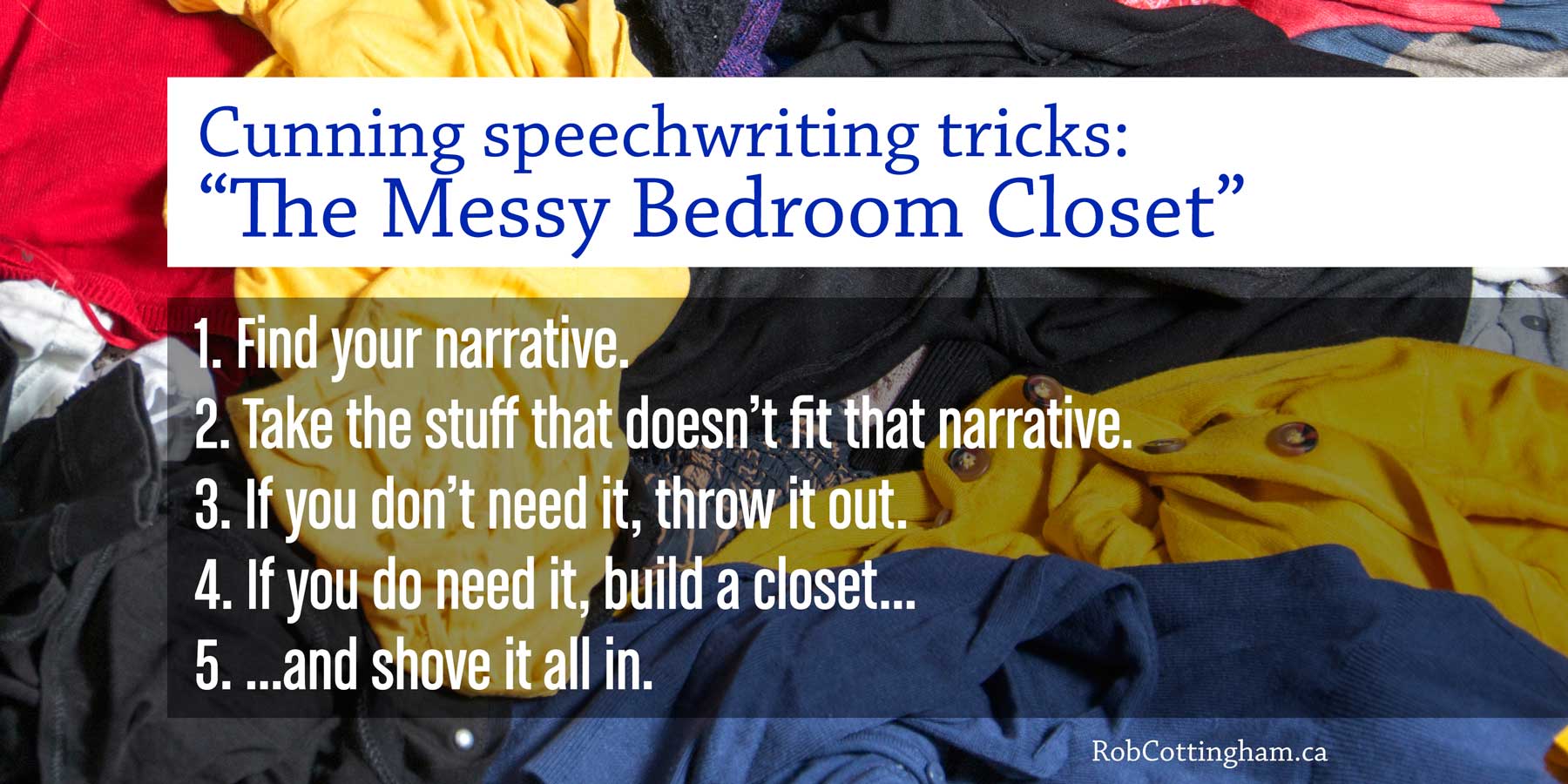 State of the Union speeches are often messy, sprawling things. Countless constituencies and interests — within and outside government — vie to hear their priorities reflected in the President’s words. And even without their lobbying, the scope of governing is vast, offering potentially thousands of agenda items.

That’s why so many SOTU speeches (and their siblings in legislatures around the world) sound less like inspiring calls to action and more like grocery lists.

Yet last night, President Barack Obama delivered a remarkably tight speech. Structured around four major questions for America’s future, it included very little of the obligatory box-checking that plagues speeches like it. There was a focus to it that practically guaranteed the ensuing news coverage would center around its key messages.

Part of his success was a certain amount of ruthlessness in refusing to include a lot of content altogether. But there were several obligatory topics that would have been very conspicuous by their absence if Obama hadn’t included them.

So he did — without dragging his speech off-course.

To pull that off, Obama and his team relied on a speechwriting trick borrowed from generations of teenagers. I’ve used it for Throne Speeches, budget speeches and annual reports, and I call it the Messy Bedroom Closet.

Think back to your teenage years, and your horrifically messy bedroom. (If you were a tidy teenager, think of your messy sibling.) Sooner or later, a parent’s patience would pass the breaking point, and you’d have to clean it up right the hell now, buster. And once you’d done the obvious stuff (sorta-kinda make the bed, fling the laundry into a hamper, shelve a few books), time would start ticking down with a lot of stuff left to put away.

The solution? Shove it in the bedroom closet.

Obama’s speech had several little closets, but there was one big one early in the speech… right after he said he’d “go easy on the traditional list of proposals for the year ahead.” When he added “Don’t worry — I’ve got plenty,” that was him opening the closet door.

Into that closet went immigration reform, gun violence, equal pay, paid leave, and the minimum wage. Every one of those elements would have raised eyebrows (and hackles) if it had been missing; none of them really fit the structure of the speech. But once they were in the closet, the speech was clean and tidy.

And, by the way, pretty powerful.

The next time you hear a broad-reaching speech that sounds surprisingly tight, look for the bedroom closet — I bet you’ll find one.

And the next time you have to write a broad-reaching speech, do what Obama did. Find your narrative. Throw out everything that doesn’t fit, and doesn’t have to be in there. And then start building a closet.