Why leaders should embrace gotcha questions 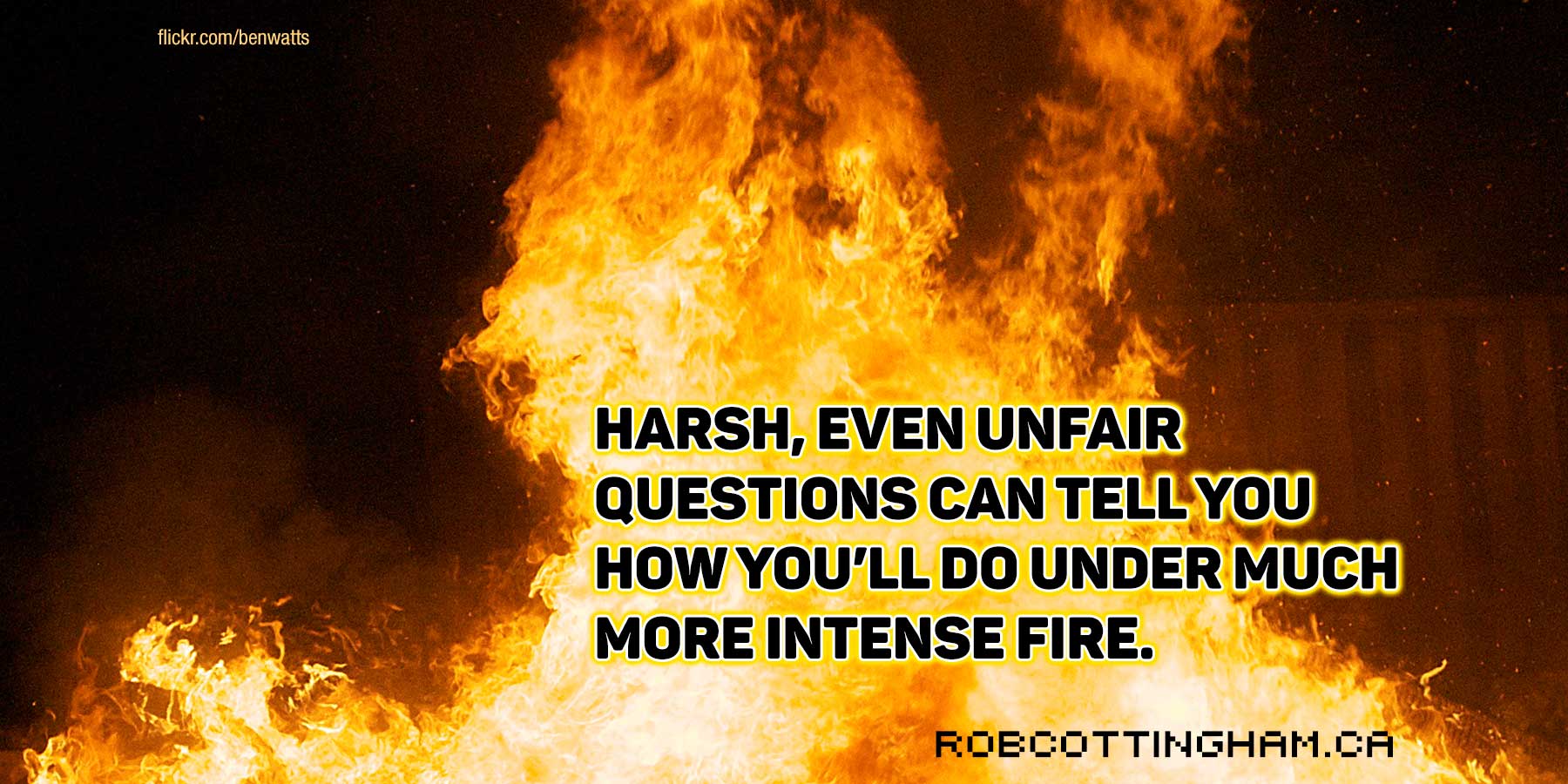 The long-standing Republican hostility toward the news media was on full display last week after the CNBC GOP presidential debate. And it led them to fall into a trap that tempts many speakers: settling for easy wins instead of preparing for difficult questions. Even so-called “gotcha” questions. Especially gotcha questions.

On Friday the party, citing outrage that its candidates were asked difficult questions, suspended its relationship with NBC, putting the next debate in limbo. And there’s no question that some of the questions were juvenile, and framed to generate heat rather than shed light.

But what angry Republicans don’t seem to realize is that they were given a huge gift by CNBC on Wednesday night. It may not have been the gift they wanted, but it’s one they needed — and it came at a surprisingly low price.

The debate’s moderators provided a taste of the kind of scrutiny the Republican nominee will face during the presidential campaign itself. Whoever that is will have to face tough questions from their Democrat opponent and (I live in hope) the media. Those questions are essential if voters are to make an informed choice among competing candidates, platforms and visions.

Gotcha questions: cruel (or at least harsh) to be kind

It isn’t rude, or even unkind, to direct a little harshness toward a candidate in a debate, if you want to know how that candidate will fare under much more intense fire. But apparently what Republicans wanted from the debate was a series of easy questions that would allow each candidate to showcase their skills at rhetorical slow-pitch ball.

And the problem for Republicans is this: whoever emerges victorious from that kind of contest probably isn’t going to go very far in the major leagues.

Yes, CNBC moderators asked some difficult questions, and not all of them were geared to garnering wisdom rather than audience share and reaction GIFs. Welcome to 21st-century media.

But they did it virtually cost-free. When candidates ducked some questions and lied outright in response to others, the moderators exacted precisely zero price for it. They even apologized when challenged on non-existent factual errors.

In short, the leading lights of the GOP field got a dress rehearsal for their 2016 high-flying act, complete with a nice, big safety net. They — and their supporters — should have seen it for the rare and precious opportunity it was.

Prepare with a worthy adversary

The Republican Party of 2015 is probably far too vested in their antipathy to the non-Fox news media to see that. But that doesn’t mean the rest of us can’t learn from their mistake. For leaders who plan to communicate around contentious issues in the rough and tumble of the public spotlight, and for those helping them to craft their messages, here’s the critical lesson.

When you prepare, whether it’s for an audience Q&A, a media interview or a debate, choose mock opponents who won’t hesitate to bring the tough questions and raise the awkward points you’d rather avoid. If that means bringing in outsiders, great.

Welcome the opportunity to rehearse opposite a worthy adversary… even (especially) if they’re willing to be unfair, obnoxious and confrontational. They’re doing you a favour — even if that’s hard to see in the heat of the moment.

← #elxn42: "That was fast..." Draw me a speech: Six speechwriting lessons from eight years of cartooning →