Wake up your audience by turning up the contrast 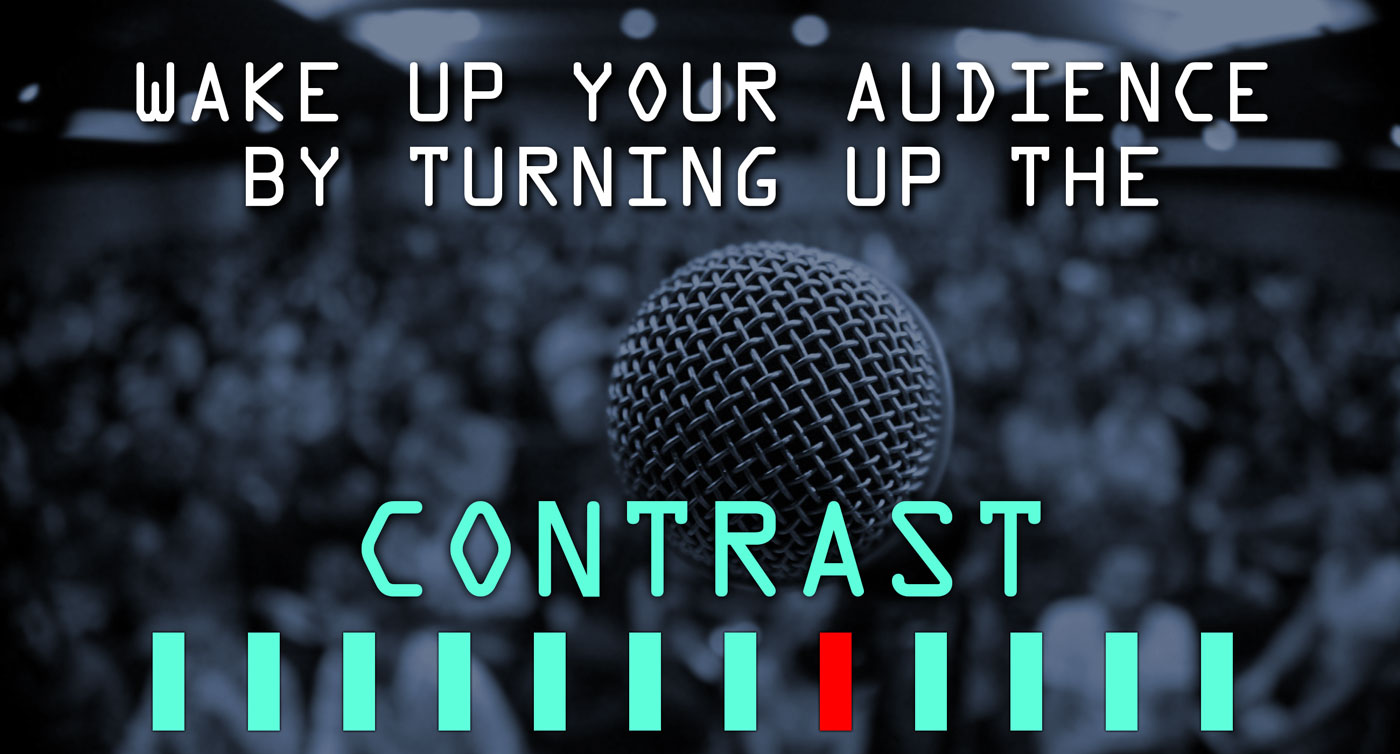 Even the most interesting topic can be rendered inert by the simple application of a dull speech. Audiences are human, and they crave a little drama along with their intellectual content.

Nobody knows drama better than Nancy Duarte, famous for her concept of the STAR (Something They’ll Always Remember) moment (remember Al Gore on that scissor lift in front of a climate graph in An Inconvenient Truth?). And in a post a few days ago on LinkedIn, she recommended using contrast to heighten the drama of a presentation.

Although her post touches on writing, she mainly focuses on delivery (varying your tone and volume, moving around on the stage) and slide design (high-contrast simple text slides, alternated with charts or images). Let’s shift the focus to the text of a speech — and talk about a few ways speechwriters can do our part to create contrasts, too.

Vary your sentence length and structure: You can use the contrast between long sentences and short ones, between inverted structures and the subject-verb-predicate structure we know and love, to great dramatic effect. (Not to mention the fact that unvaried sentence length and structure is better than melatonin for putting an audience to sleep.) The short, punchy sentence following a few long-ish ones grabs attention… and helps cue the speaker to reinforce that effect with delivery.

Change the emotional tone: A sharp, sudden change in tone can catch your audience’s attention. Going from dry and abstract to personal and very specific, for example, can add emotional connection and power to an intellectual argument. Doing the opposite can offer intellectual validation for an emotional, personal appeal. The shorter the transition time, the greater the impact. (Which, by the way, can be risky if you’re moving from something very serious to light-hearted banter. You may want a healthy buffer, although there are exceptions: a heartfelt joke can provide a welcome relief from dramatic tension… but the “heartfelt” there is key.)

Draw a… well, contrast: Drama derives from conflict. And contrasting two people, organizations or worldviews with conflicting goals allows you to heighten that drama — especially if there are sides to be taken. That’s true whether you’re a partisan for one side or another, or just weighing them against each other (and perhaps proposing a third way).

And ultimately, your speech is (or should be) a contrast between what you’re proposing and the alternative; between the world as it is and the world the way you want to see it. Exploring that contrast, heightening it and ultimately resolving it: that’s the job of the storyteller in you.

← May I have your attention, please Canada needs more Marion Dewars →