Being there: Why a seat in the audience can make you a better speechwriter 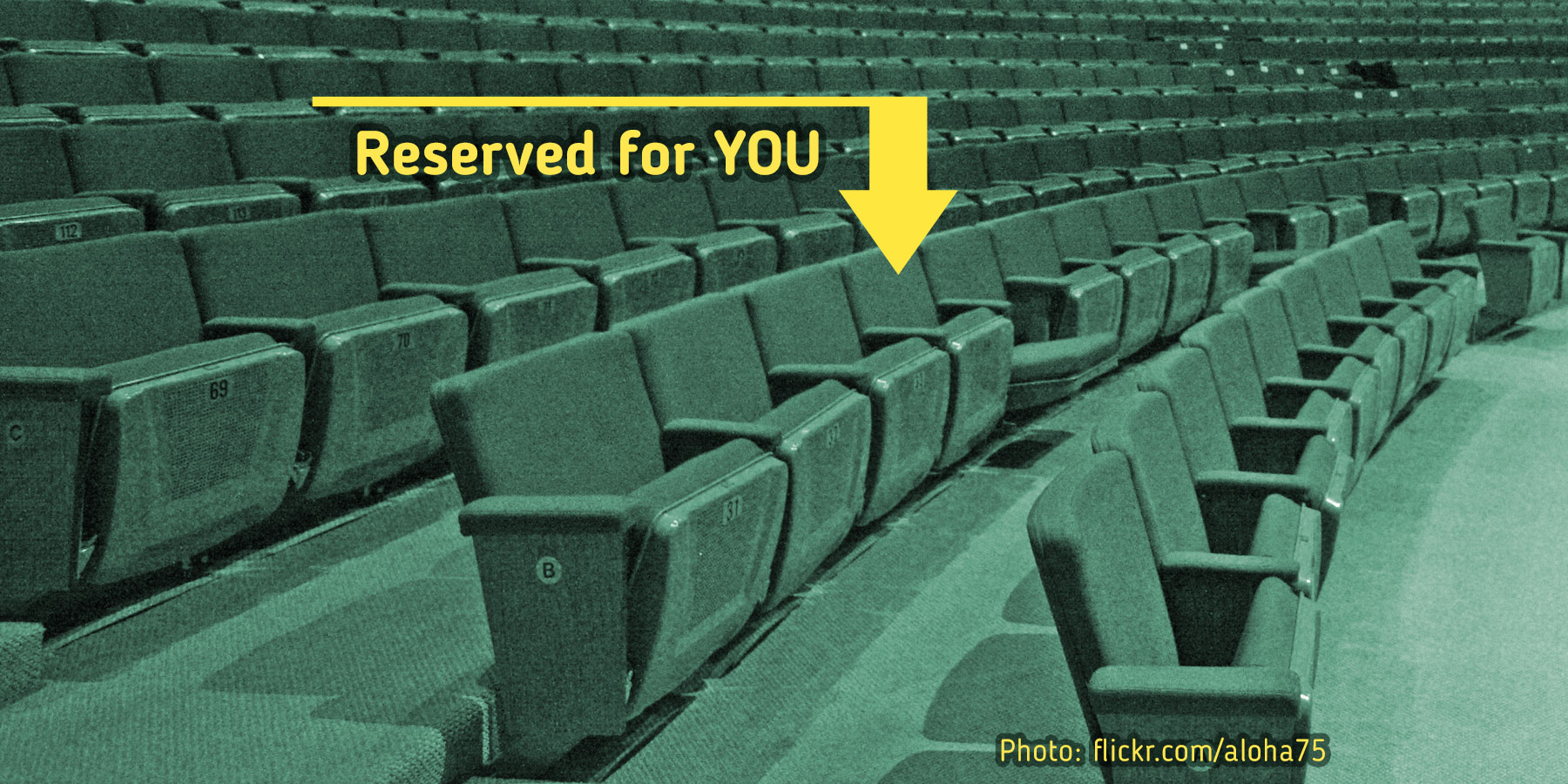 Sometimes, there’s just no fighting geography. And the truth is, there’s no faster or better feedback on how a speech you wrote goes over than to be in the audience when it does.

That’s often hard, especially if the speech is in another city, or if your speechwriting is a freelance gig outside of your day job. But if you can show up, even if it’s only to a handful of speeches, you’ll have a far better handle on the chemistry between your text, your speaker and their audience.

How about a recording?

Recordings are great. Try to get one whenever possible. But they’re no substitute for being right there as a speech happens. I’ve sat through too many recordings where either the speech is drowned out by jangling cutlery and rustling noises; the audio quality leaves much of the speech inaudible; or you can hear the speaker but not the audience reaction.

Being in the audience means:

You know moment by moment, line by line, how the speech is being received. You know immediately if a joke lands, falls flat or offends; if an anecdote connects emotionally or flies wide of the target. You can see where the audience is riveted, and where their attention starts to wander or their comprehension falters. And you’ll know when you have them on the edge of their seat.

You can experience the speech — in part, anyway — the way your audience does. Sure, you know what’s coming, so any suspense or surprises in the speech will be lost on you. But there’s nothing like having your butt planted in that chair for 20 minutes to tell you where the text is sagging, which parts go on too long, and where it could elaborate. Every time I’ve sat through a speech with the audience, I’ve come out with an armful of edits for next time.

You’ll hear how the speaker makes the speech their own. You’ll hear how they changes phrases in the text and put them in their own words. And just as valuable is what you won’t hear: the material they choose to leave out. As Kevin Marsh remarked on a draft of this post, “being there gives you the opportunity to understand what is really meant by ‘Check Against Delivery.’“

You can see where your speaker soars and where they struggle. Sometimes it’s obvious: that sentence they trip over three or four times before it comes out properly. Sometimes it’s just a moment of awkwardness in a phrase. Either way, you’ll find it much easier to tell where the rough patches are when you’re in the room.

You can get valuable new material. You may hear your speaker extemporize with off-the-cuff stories and illustrations that can provide rich material for their next speech. And if there are audience questions, the speaker’s answers may be rife with useful content.

You can talk with the audience — before and after. Beforehand, you can talk about what people are expecting; how they feel about the subject matter and the speaker; what they think of the other speakers. (It may be too late to do much about this speech, but it can help you the next time you’re writing for a similar audience.) And afterward, you can learn not just whether they liked the speech, but what they retained from it.

Here’s how I’ve learned to get the most out of my time in the audience:

Sit near the front… but not in front. Aim to be close enough to see how your speaker is doing, but not so close that your presence is a distraction. And don’t deny an audience member a front-row seat. Besides, when you’re a few rows back, you get a better sense of how the crowd’s reacting.

Know in advance how you’ll answer anyone who asks you if you wrote this speech. I have some ideas on answering the ol’ “Great speech! Did you write it?” But the important thing is to go in knowing what you’ll say.

Make a few friends. Introduce yourself to your contact at the event, and to the people sitting next to you. That’s partly because our time on this Earth is fleeting and human connection makes it worthwhile, and partly because it makes it likelier you’ll hear some honest responses to the speech.

Record it. Make sure you have a good audio recording of the speech, so you can capture any additional or extemporaneous material your speaker comes up with, as well as their answers to audience questions. Whether you’re using a smartphone or a voice recorder, position it so you get reasonable sound. (If the event has a mult box for reporters, plugging in there is ideal.)

Remember that people can see you. I know one speechwriter who, early in his (okay, my) career, gaped ashen-faced at his client’s tortured delivery of the speech… forgetting that people could see me. It took the speaker’s head honcha leaning in and hissing “Smile, goddammit!” to snap me out of it. (Thanks to Scott Piatkowski for suggesting this point. I think I was subconsciously blocking, because I still cringe about this.)

Put the text away. It’s tempting to follow along on paper and make notes as you go. But you don’t want people reading over your shoulder, and you really don’t want to create the impression that your speaker is just reading from your script. By all means take notes… but on a blank sheet of paper. Besides, not having the text means you’ll be experiencing the speech much more like an audience member.