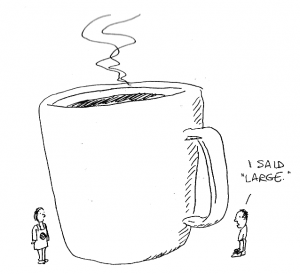 And I thought Vancouver was obsessed by coffee. This summer, my family spent two weeks in San Francisco, where java-worship has reached levels anthropologists might want to start examining. (So might cult researchers.)

About the only thing poised to knock the mighty bean off its perch down there is kombucha, which seems to be what would happen if beer drinkers and tea drinkers reached an alliance unsatisfying to both.

Maybe I’m being unfair; I have a stronger-than-normal vinegar-in-my-beverage aversion. Maybe I’m just grumpy; I’m still on my first cup of… oh, yeah.

In case you’re interested in what goes on behind the scenes here in our sprawling cartoon-making complex: I wrestled a little with this caption. It was going to start with something like “AeroPress, French press, pourover, siphon coffee— pfft.” Then I decided to resist my usual impulse to make things longer and more ornate, and simplify instead. 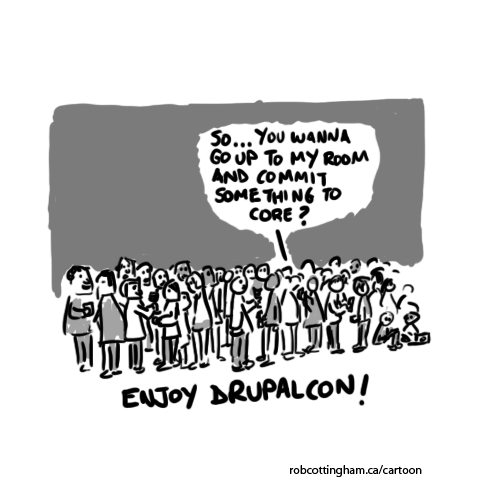 By request. Inspired by the fact that I find most of Drupal’s terminology to be vaguely smutty… starting with “nodes”.