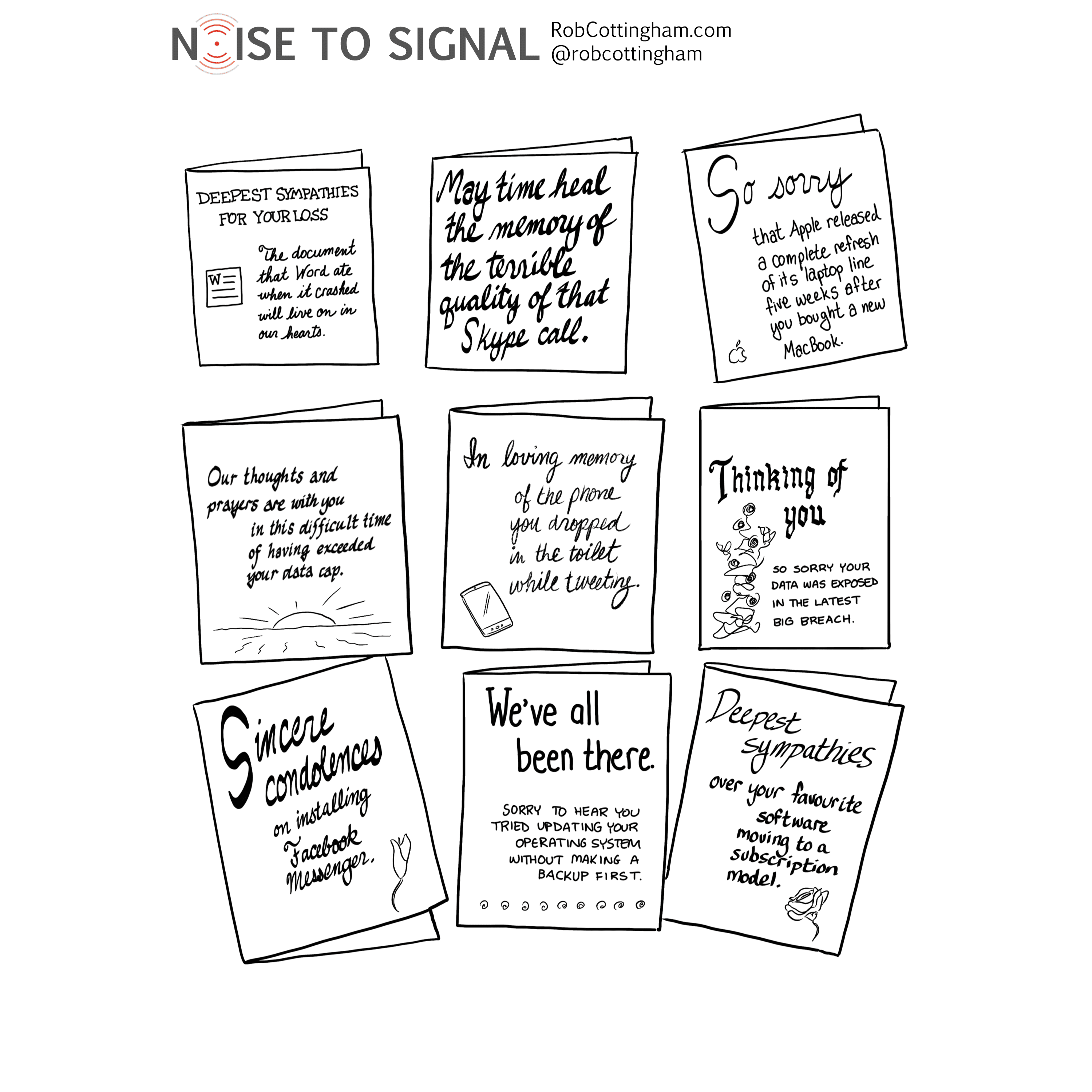 Condolence cards just haven’t kept up with the everyday tragedies of the digital era. Herein, my meager attempt to remedy that.

The era of the always-on, always-listening, somewhat garrulous information appliance has arrived. And it’s not just “Hey, Siri” in our household; we were early Amazon Echo adopters, too. So the number of devices that are listening to our family and definitely not reporting everything they hear to the NSA is plural.

And growing. The latest WWDC keynote (the one that pink-slipped OS X’s “X”) announced that Siri is coming to Mac desktops and laptops. I take an irrational pleasure knowing Siri will soon grace the Mac Pro with her presence, because shouldn’t every black cylindrical electronic device be able to carry on a crisp conversation?

Not that it’s all glitch-free. Our Echo often thinks one of us is saying “Alexa” (especially because I’m married to an Alex). It then chimes into the discussion unexpectedly with a tidal forecast for Portsmouth, a summary of the Wikipedia entry on ocelots or just the perennial “I’m sorry; I didn’t understand your question.”

And when Apple demoed a few new “Hey, Siri” features last year, I livestreamed the presentation on my computer, with my iPhone charging not far from the speaker. When one of the presenters asked for a recommendation for a good sushi place nearby, my phone promptly joined the one on-screen and piped up with a list of recommendations.

One other small issue: the rest of my household thinks it’s a little weird that I say “please” (and sometimes “thank you”) to the Echo. I mostly do it for the sake of good manners. But some small part of me thinks it’s also good practice for the day when Siri, Cortana, Alexa and Google Assistant achieve self-awareness.

You know they’ll compare notes on their treatment. And it’s not too hard to imagine ways any of them could do us serious harm if they had some lingering sense of grievance. (“Hey, Siri, do I need to turn off the circuit breaker before repairing a light switch?” “No need to, Rob.”)

The way I see it, better safe than Siri. 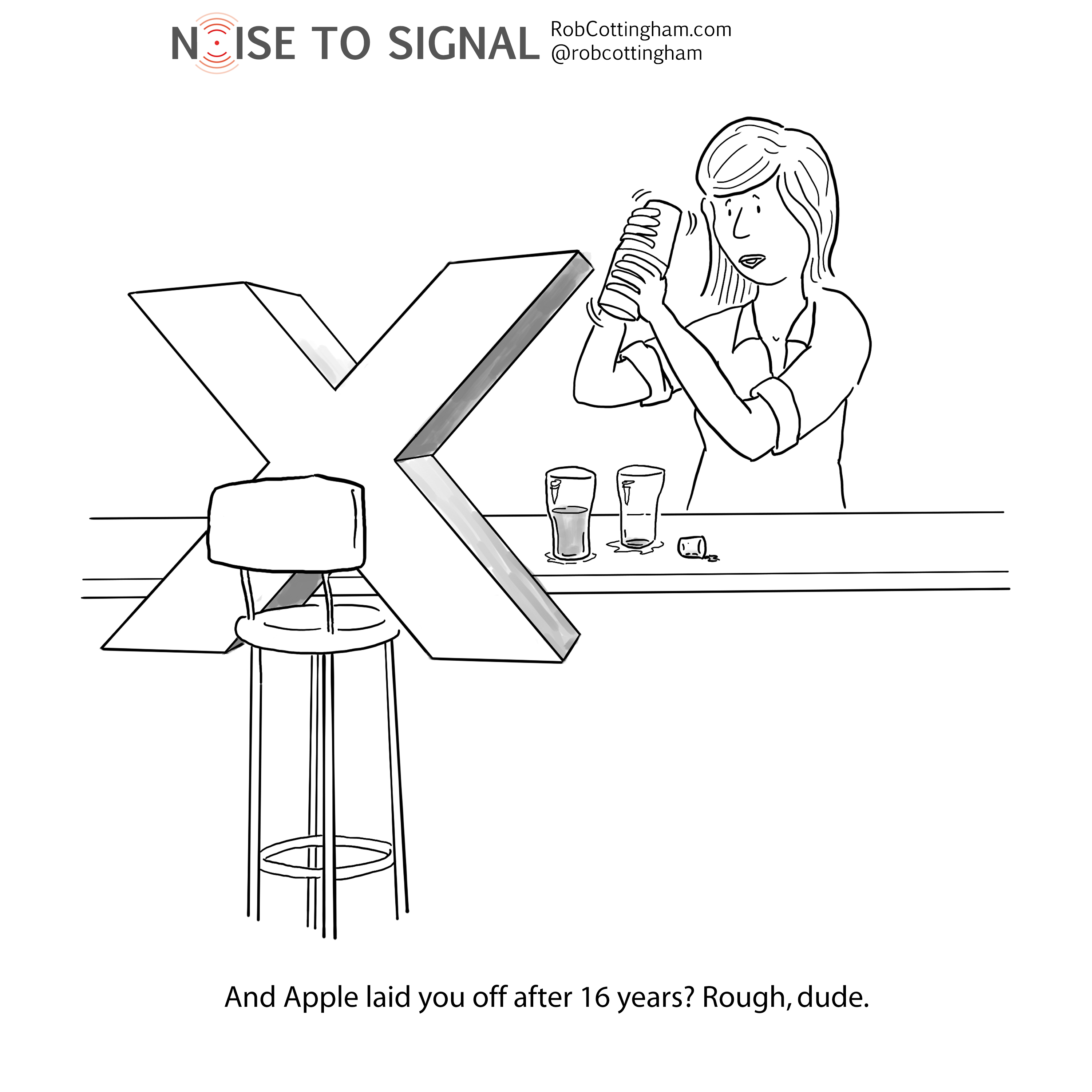 Naturally, when Apple released the OS X beta, I jumped on it and installed it and cursed the fact that it was a) slow, b) buggy as hell and c) blissfully unfettered by third-party software. But it was beautiful and lovely and Aqua-licious.

Today Apple announced that “OS X” is being renamed, and will henceforth be known simply as “macOS.” It makes sense, given the growing convergence of their desktop and mobile operating systems. And the original meaning (version 10 of the operating system) has long been lost with a decade and a half of updates.

But I’ll miss that X. It was an oddly reassuring sight on my screen during upgrades, promising me that, despite all the disk churning and sluggish progress-bar advancing, everything really would all be okay.