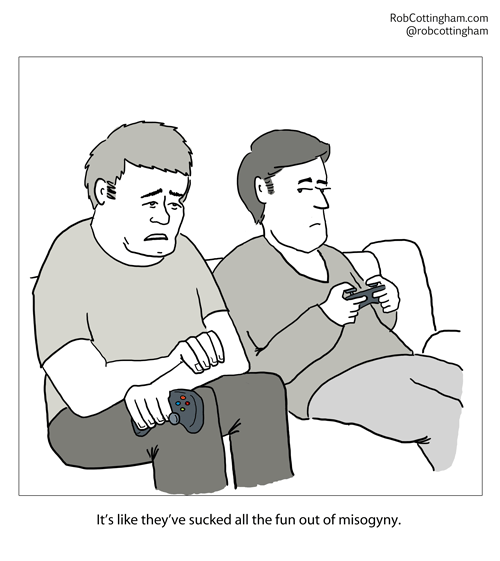 I’m starting to think we’ve reached a tipping point on the issue of misogyny in video games in particular, and a big chunk of tech culture more generally.

To get here, it’s taken a lot of courage from a lot of women. One of the most notable is Anita Sarkeesian, whose video series has done more than anything else I can think of to force a conversation on the issue. It’s also drawn a backlash: some of the ugliest, most vicious responses I’ve ever seen.

There’s a lot further to go. If you’d like to support her work, you can make a donation here.

Updated: Lloyd Dewolf added a link on the N2S Facebook Page to Sarkeesian’s talk at the XOXO Festival, where she described the range of attacks she’s received after launching Feminist Frequency. Well worth watching.